Halla studies narratives from the Qur’ān and Hebrew Bible with special attention to the Abrahamic figures and their role in shaping religious identities throughout history. She is interested in the interaction between scriptures and society as well as the manifestation of religious rhetoric in contemporary sociopolitical discourse. At Georgetown she has been working to establish a methodological framework for approaching religious texts and has developed deeper interests in literary criticism, postmodern theories and feminist theology. Halla is fluent in Arabic and French and is currently studying Biblical Hebrew. Other research interests include early Islamic history, the biography of the prophet Muhammad and the compilation of the Qur’ān. She also enjoys playing the electric guitar, rotating through coffee shops, and learning stop motion animation. 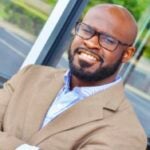 Javian Baker is a Ph.D. student at Georgetown University in the theological and religious studies program. His two traditions are Christianity and Islam, with a research interest in Africana Religious Thought. His interdisciplinary approach focuses on social critical theory, ethics, race, and political economy of religion. He holds a BA from Xavier University of Louisiana (in systematic theology) and an MTS from Vanderbilt University (in Black Religious Thought).
Email: jb2830@georgetown.edu 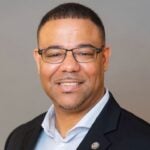 George is a Ph.D. student and Healy Fellow in the Theological and Religious Studies program. His interests include theologies of liberation (in the Christian and Islamic traditions), theological epistemology, epistemic injustice, and theological critiques of mass incarceration. He speaks around the country on the intersections of theology, restorative justice, and prison and criminal legal system reform. When he is not studying, he enjoys binge watching tv series with his wife and playing the drums. 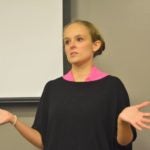 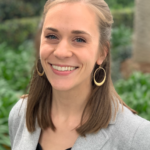 Jordan’s research focuses on Muslim-Christian relations, theologies of religious pluralism, Islamic studies, interreligious dialogue, and Islamophobia. Her dissertation argues for an expanded Catholic pneumatology by examining Islamic texts on the Prophet Muhammad’s character and virtue. Jordan is the author of two books, Finding Jesus among Muslims (Liturgical Press, 2017) and Islamophobia: What Christians Should Know (and Do) about Anti-Muslim Discrimination (Orbis, 2021). Previously, Jordan worked as a research fellow at the Bridge Initiative and was a Fulbright scholar in Amman, Jordan. She lives outside Washington, DC with her husband and son. 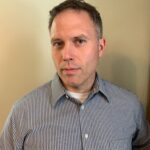 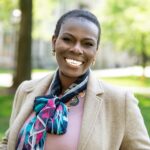 Sherie Gayle is a student in the Department of Theology and Religious Sciences. Her research lies at the various intersections of religion, gender, race, ability, and power. She explores these identities in the context of late antiquity/early Medieval sacred texts within the Abrahamic religions.

Originally from Kingston, Jamaica, Sherie is an ordained minister within the Greater Baltimore Church. She also serves as a Residential Minister, spiritually accompanying undergraduate students at Georgetown University. When not engaged in research or accompaniment, Sherie can be found tending to her plants, writing poetry, and tinkering on her guitar.
Email: sg1488@georgetown.edu

Susie Hayward is a scholar practitioner working at the intersection of religion, violence, and peacebuilding with a focus on Asian contexts. Prior to starting at Georgetown, she spent six years working in the Religion and Peacebuilding program at the U.S. Institute of Peace, and continues to support their work. In addition, she co-coordinated an initiative from 2010-2012 exploring the role of women in religious peacebuilding in partnership with the Berkley Center at Georgetown University.

At Georgetown, Susie’s research focuses on Buddhist and Christian theological responses to authoritarianism and violence in Myanmar/Burma. Her broader research focus includes interfaith engagement, feminist religious expression, and political Buddhism in Sri Lanka. She studied Buddhism in Nepal, is an ordained minister in the United Church of Christ, and serves on the selection committee for the Niwano Peace Prize.

You can spot Susie riding around Georgetown on her bright orange scooter. When not running around the world or around campus, she likes to throw on a backpack and head into the woods of West Virginia, explore the watering holes in her Petworth neighborhood, or kayak in the Chesapeake Bay.
Email: sh1136@georgetown.edu 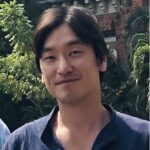 Mideum’s research focuses on the history of the encounter between Christianity and Asian religions, particularly Jesuit mission and their interaction with Buddhism and Hinduism in the early modern era. His study also examines Mariology, Visual/Material culture, and lived religion, focusing on images and devotional objects. Mideum’s study hopes to further investigate comparative/interreligious studies.
Email: mh1987@georgetown.edu 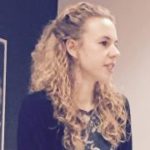 Kirsty Jones graduated from the University of Cambridge (B.A., MPhil) in June 2016, specializing in Hebrew Bible, before spending time as a visiting scholar at the Concordia Centre for Sensory Studies in Montreal. She researches disability and the senses in scripture, and wrote her thesis on disability in prophetic utopias. She is passionate about the intersection between biblical studies and contemporary ministry, and is a research associate for the Kirby Laing Institute of Christian Ethics. 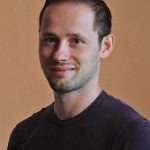 Chris’s background is in continental (B.A.) and analytic philosophy (M.A.). He minored in Religious Studies and both of his undergraduate and graduate theses were written on topics related to the philosophy of religion. He is currently pursuing a Diploma in Interreligious Studies at a pontificate university in Rome, Italy . He is interested in exploring the philosophical aspects of interreligious dialogue and the relationship between modern secularism and religious pluralism.
Email: ck925@georgetown.edu 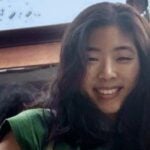 Dohee is interested in the influence of Buddhism on Korean writers, especially contemporary poets. She works with Korean, Japanese, and classical Chinese sources, and her broader interests include the intersection between religion/spirituality and literature, art, and film; indigenous/indigenized spiritual practices of Korea and its diaspora; and Buddhism as therapy. In her free time, Dohee enjoys the underground music scenes of DC and Seoul and is currently learning sound synthesis.
Email: dk999@georgetown.edu 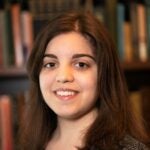 Alaina’s research interest centers on Christian-Buddhist comparative theology, particularly focusing on the dialogue that emerges when comparing Christian Mariology and understandings of Kannon in Japanese Buddhism.  She is also interested in the intersection of motherhood and compassion as expressed in material culture and devotion. When she is not reading, Alaina enjoys playing the violin, reading Pride and Prejudice, and attempting to keep her houseplants alive.
Email: ak1978@georgetown.edu 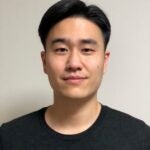 Ray is a sociologist of religion who specializes in contemporary Islam and Christianity. His dissertation, “Halal in Korea: The Social Constructions of a Contested Category in a Globalized World,” is a discourse analysis that explores how ‘halal’ —an Islamic religious/legal category—is undergoing secularization as it becomes increasingly embedded in non-religious discourses. Ray also works in the non-profit peacebuilding field as a Program Development Coordinator for the International Center for Religion & Diplomacy.
Email: ryk5@georgetown.edu 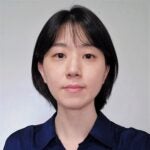 Jiyoung studies philosophy of religion, with particular attention to metaphysical and epistemological concerns in Christian and East Asian traditions (esp. Confucianism and Daoism) and the religious implications of classical American pragmatism. She is also interested in the contemporary pragmatist perspectives on theories and methods in religious/comparative studies. Her background is in philosophy, and she wrote her graduate thesis on Duns Scotus’s position in the medieval realist-nominalist debate while studying at Sogang University in Seoul, Korea.
Email: jk2278@georgetown.edu 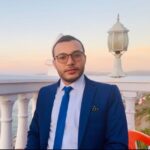 Mohamed is a PhD candidate, writing his dissertation on the socio-political thought of al-Māwardī (d. 450/1058). His research interests include theories of religion and secularity in Islamic thought; MENA intellectual history, methods and theories in the study of religion, and Christian-Muslim encounters and relations.
Email: ml1800@georgetown.edu

Nathan’s traditions of academic study include Islam and Christianity. He has a special interest in religion and American culture, the experiences of American Muslims, and the nexus between popular music and religion. His dissertation focuses on the vibrant relationship between jazz and Islam. His 2012 book, The Islamophobia Industry (Pluto Press), is now in its second edition and has been translated into several languages. He is also the author of the 2018 primer, Islam and the West: Critical Skills for Students (Rowman and Littlefield). He currently lives in North Carolina where he enjoys spending time with his family.
Email: nathan.lean@georgetown.edu 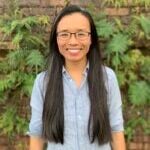 Kathy Lin is a Ph.D. candidate with interests in East Asian Buddhism, environmentalism, theories and methods in the study of religion, and moral philosophy informed by ordinary language philosophy. She is working on an account of religious change as seen through Buddhist environmentalism, which situates Buddhist history and ideas within a naturalistic story of human life in language, along an animal continuum. More broadly, her research moves in two directions: putting political economy into an account of religion; and putting religion into natural history.
Email: nkl17@georgetown.edu 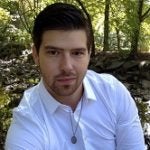 Shelton’s research focuses on philosophical theology as it relates to the spiritual life, and how the contemporary incarnation of comparative theology offers an opportunity to enrich our understanding of one another, our traditions, and ourselves. While he is interested broadly in both historical and contemporary encounters between Christianity and Islam, he is particularly engaged with the thought of St. Thomas Aquinas and Ibn al-‘Arabī. Shelton seeks to reimagine the works of Aquinas, through an encounter with Ibn al-‘Arabī’s intellectual mysticism, in the same way Aquinas reimagined Christianity as a result of his encounter with Greco-Arab philosophy.
Shelton is from North Carolina, though during college basketball season his heart is at the University of Kentucky. When he is not studying he enjoys cooking, working out, and watching horror movies.
Email: jsn35@georgetown.edu 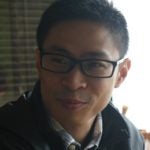 Teng-Kuan’s research interests include religion & film, Buddhist studies, Buddhist-Christian comparison, Chinese religions & philosophy, and World Christianity. His dissertation, “Wisdom Cinema: Buddhism & Film in Contemporary China,” studies the interrelations between Buddhist religiosity and cinematic practices in China today. He has published peer-reviewed articles in the Journal of Religion & Popular Culture, Religions, and Literature & Theology. For leisure and longevity, he enjoys long walks on trails with his wife and spoodle. To learn more about his work, click here.
Email: tn415@georgetown.edu